Keratoconus is a rare, progressive disease that affects the cornea, which is the clear, transparent layer at the front of the eye. 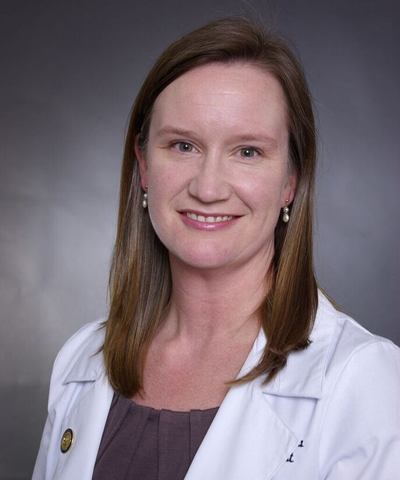 Dr. Meg Brya is a graduate of the University of Georgia where she received her Bachelor of Science in Education as well as a certificate in Woman's Studies. She received further teaching certification in Montessori education and taught elementary education for 7 years in Athens. She then returned to UGA to pursue pre-medical studies in preparation for optometry school while working as a vision therapist at Five Points Eye Care Center.

Graduating with honors from The Southern College of Optometry in Memphis, Tennessee, Dr. Brya continued to develop her interest in children and their visual development needs. She is a Fellow of the College of Optometrists in Vision Development, an organization that certifies her knowledge and abilities in providing developmental and behavioral vision care for patients.  She is a pre-optometry mentor for University of Georgia students and lectures in community on topics ranging from diabetic eye health and the role of vision in learning and development. Dr. Brya volunteers at many area schools doing vision screenings and lectures, as well as being a volunteer eye health provider with the American Optometric Association's InfantSee program and at The Mercy Clinic in Athens. Currently the director of the Vision Therapy and Clinical Departments at Five Points Eye Care Center, Dr. Brya became a partner in the practice in 2008.

Dr. Brya is a Diplomate of the American Board of Optometry and a Fellow of the College of Optometrists in Vision Development.  She is also a member of the American Optometric Association and the Contact Lens Section of the American Optometric Association.  Dr. Brya is certified by Paragon Vision Sciences in the fitting of Corneal Refractive Therapy contact lenses. These gas permeable contact lenses are worn while you sleep and can allow patients to non-surgically eliminate the need for glasses and contacts during the day.  An active member of professional organizations, Dr. Brya is the former President of the Northeast District of the Georgia Optometric Association and was honored as their Young Optometrist of the Year in 2009. She is also a board member of the Athens Kiwanis Club. Dr. Brya is a long time resident of the Athens area. She currently resides in Watkinsville, GA with her sons, Nicholas and Alex. She enjoys dancing, cooking, hiking, boating and relaxing with her family. 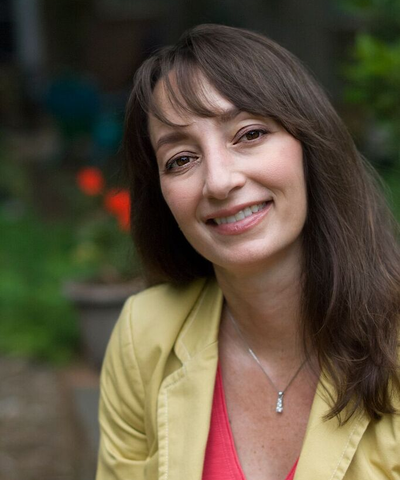 Dr. Nadine Humen Forché is a graduate with honors from the University of Pennsylvania where she received her Bachelor of Arts degree in Neurobiology. She was class valedictorian when she received her Doctorate in Optometry from the Ohio State University College of Optometry. She also completed her Master’s Degree in Physiological Optics at the Graduate School at the Ohio State University for research on the effects of Alzheimer’s Disease on the visual system.

Dr. Nadine Humen Forché completed a residency in Hospital-based and Geriatric Optometry at the Columbus Veteran’s Affairs Outpatient Clinic and the Chillicothe Veteran’s Affairs Medical Center in Ohio. She has lectured extensively to optometrists and optometry students and was a clinical professor at the University of Alabama at Birmingham School of Optometry. She is a pre-optometry mentor for University of Georgia students, as well as the preceptor for optometry school externs from the University of Alabama at Birmingham School of Optometry and the Ohio State University College of Optometry at Five Points Eye Care Center. She is a Fellow of the prestigious American Academy of Optometry and a Trustee of the Board of the Georgia Optometric Association as well as a past district President. She received the Bernard L. Kahn Memorial Award from the Georgia Optometric Association in 2015 for her service to the profession and patients. In 2013 Dr. Nadine Humen Forché became a Diplomate of the American Board of Optometry.

Much of Dr. Nadine Humen Forché’s time outside the practice is spent with her boy-girl twins, Hayden and Adelyn (Addie), born in April 2003. Her hobbies include exercise, cooking, gardening, hiking, yoga and reading. She is a member of the American Optometric Association, the Georgia Optometric Association, serving on their board for over 10 years, and the American Academy of Optometry. Dr. Nadine Humen Forché volunteers at her children’s school and is a regular blood donor. She is also a board member of Nuçi’s Space, a health and resource center for musicians whose mission is to prevent suicide and advocate for those living with brain illness. 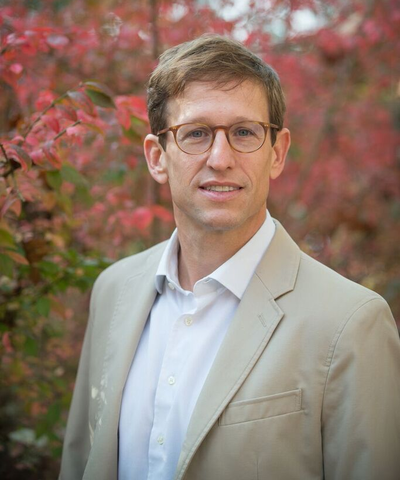 In 2013 Dr. Jon Forché became a Diplomate of the American Board of Optometry. He was awarded the 2012 Beacon of Hope Award by the Georgia Lions Lighthouse for his work with visually impaired and uninsured patients. In 2004 Dr. Jon Forché was honored by the Georgia Optometric Association as the Young Optometrist of the Year in Georgia. This award is presented to an outstanding optometrist, leader and volunteer in the state of Georgia. He represents the best of the optometric profession by practicing optometry with the highest standards, creating strong relationships with other health care professionals and volunteering in the community. Five Points Eye Care Center is proud of Dr. Jon Forché's accomplishments and service to the Athens community.

Our Doctor Can Diagnosis and Treat Keratoconus

Your cornea is the transparent, outer lens of your eye, and it typically has a smooth dome shape. Keratoconus describes a condition in which the corneal structure isn’t strong enough to maintain a healthy ball shape.

Meet with our Keratoconus Specialist in Athens, Georgia to define your eye's condition and ways for treatment.

As a result, the cornea bulges outward into more of a cone. Our professional optometric team at our eye care clinic is knowledgeable about how to diagnose and treat keratoconus.

Keratoconus is rare, with an estimated one person out of every 2,000 having the condition. It generally appears in the teenage years and can progress slowly or rapidly.

Keratoconus also runs in families, so if you or your children are at risk, it’s advised to contact us for a thorough eye exam.

Your cornea is held in place by very small collagen fibers. When they are weakened and too fragile, they aren’t able to preserve the round shape of your cornea.

A reduction in the protective antioxidants of your cornea, which act to destroy damaging by-products made naturally by corneal cells, is what causes keratoconus.

In addition to genetics, some types of eye injuries may increase your chance of being diagnosed with keratoconus.

Specific ocular diseases, such as retinitis pigmentosa, vernal keratoconjunctivitis and retinopathy of prematurity, as well as some systemic conditions (Down syndrome, Ehlers-Danlos syndrome, Leber's congenital amaurosis and osteogenesis imperfecta) are also associated with this corneal abnormality.

Our Keratoconus Specialist in Athens, Georgia has years of experience identifying the various levels of keratoconus and other corneal conditions.

When the shape of your cornea begins to bulge, it alters your eyesight in two different ways. As the cone shape forms, your normally smooth corneal surface becomes wavy, called irregular astigmatism. Additionally, as your cornea expands, vision becomes increasingly nearsighted. Focusing becomes impossible without eyeglasses or contact lenses. Usually, the problems begin in one eye and develop later in the other eye too.

Typically, patient’s eyeglass prescription will change often as the vision becomes worse and contact lenses will be difficult to wear due to discomfort and improper fit.

When keratoconus become more severe (which usually takes a long time however on occasion can happen rather quickly), the cornea can begin to swell and form scar tissue. This scar tissue can result in even further visual distortion and blurred vision.

Altogether, these changes can create the following symptoms:

How We Diagnose Keratoconus

Our eye doctors will inspect carefully for the signs of keratoconus during your comprehensive eye exam. It’s critical to inform us of any symptoms that you’ve been experiencing. To diagnose the condition, we’ll measure the shape of your cornea. Computerized Corneal Topography is used for this procedure, which takes a picture of your cornea and analyzes it instantly.

The first line of treatment is usually new prescription eyeglasses. If this solution doesn’t help you achieve good vision, then contact lenses will be tried. Rigid, gas permeable lenses are typically prescribed.

As the disease progresses, however, glasses and soft contact lenses may no longer correct vision and soft lenses may become uncomfortable. This is when other forms of vision correction will be recommended.

At the more advanced stage of keratoconus rigid gas permeable (RGP) contact lenses, scleral or semi-scleral lenses may be used for increased comfort and visual acuity. Since they are more rigid, RGP and scleral lenses are able to create a smooth, round shape around the cornea, creating a smoother surface for better vision.

Scleral or semi-scleral lenses have a larger diameter which covers the entire cornea and reaches over into the white part of the eye, which is known as the sclera.

Many patients find these more comfortable than regular RGPs and find that they move around less when the eyes move. The main disadvantage of these rigid lenses is that for some, they are somewhat less comfortable than soft lenses and they must be continually refitted as the shape of the eye changes.

Whether it is glasses or contact lenses being used to correct vision, patients will likely have to undergo many tests and prescription changes as their vision needs to change.

Intacs are small, surgically implanted plastic inserts which are placed on the cornea to flatten it back to shape. Usually they are able to restore clear vision, with the continued use of glasses. Intacs are often recommended when contact lenses and eyeglasses are no longer able to correct vision adequately. Intacs take about 10 minutes to insert and can delay the need for corneal transplant.

Severe keratoconus may lead to extreme scarring, due to overstretched collagen fibers. If the back of your corneas tears as a result, swelling may occur. It can take months for the swelling to go down, and a large scar is generally created. PTK, a specialized procedure, can smooth out this scar, thereby enhancing contact lens comfort.

Cornea collagen crosslinking is another therapy that has shown to be effective in slowing the progression of keratoconus. An alternate remedy is called intacs, which are semicircular implants inserted under the surface of the cornea to flatten the bulging cone shape and give better vision.

As a last resort, a cornea transplant may be performed. During this procedure, the center of your cornea will be removed and replaced with a donor cornea. The new cornea is stitched into place, and you’ll need to wear contact lenses for adequate vision after the surgery.

Dangers of LASIK and Keratoconus

LASIK can potentially weaken the cornea of anyone who suffers from keratoconus, making it a dangerous procedure. If this happens, your vision will become substantially worse. Even if your keratoconus is mild, LASIK is not an option.

Our Keratoconus Specialist in Athens, Georgia is happy to meet with you for a 1-on-1 consultation to get you back on the path to reaching clear vision.

Meet with Our Keratoconus Specialist in Athens, Georgia