Five Points Eye Care Center is the best place in the Athens area to keep your eyes healthy while also helping you achieve the finest possible vision. We offer specialized care for people who have lost vision from eye diseases (our low vision rehabilitation clinic), children with vision and visual processing problems (our vision therapy and pediatric clinic) and patients with a challenging contact lens or glasses needs.

Let us know how we can help you!

What is Heterochromia and What Causes It?

If you’ve ever met someone with two different eye colors, then you’ve seen what heterochromia looks like. Only three out of every five hundred people have it, though, so it’s not that common (but you might have seen an odd-eyed cat or dog). Heterochromia happens in a few different ways and has a few different causes.

In most cases, heterochromia is the simple result of unusual genetics, a harmless mutation changing the way the pigment develops in one or part of one iris. Even people who aren’t born with heterochromia can still develop it as the side effect of injury or disease. Surgery or trauma can cause a change in the appearance of one eye. David Bowie was a famous example of this due to his one permanently dilated pupil. Diseases like diabetes, eye tumors, or glaucoma can also affect the appearance of one eye differently than the other.

Different cultures have interpreted heterochromia in different ways throughout the ages. Eastern European pagans believed that being born with different colored eyes meant they had witch eyes. Some Native American cultures, meanwhile, believed it meant the person had “ghost eyes” with the ability to see into heaven and earth.

Whatever Their Color(s), Let Us Take a Look at Your Eyes!

If you weren’t born with heterochromia but have noticed a change in the color of one or both of your eyes, it’s a good idea to schedule an appointment so that we can take a look and find out the cause. If it’s an untreated side-effect from an injury or a symptom of a health condition, we can help!

Our Vision Therapy Clinic helps kids who are struggling to read and have problems with their schoolwork. We also work to give them back their confidence. Evan is one such success story. Evan had double vision and headaches while reading. He completed therapy and is now at the top of his class in reading! His family feels that Noemí, our Vision Therapist, engages children and made the sessions enjoyable for Evan. They have been very pleased with Vision Therapy and would absolutely recommend it to others! 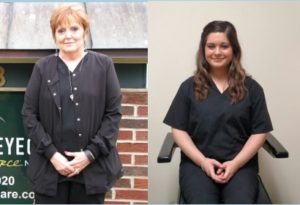 Every month, we have our employees nominate another employee for our “Fred Award.” A “Fred” is someone who goes out of their way to uphold our practice core values of Excellence in Eye Care, Patients Come First, and Lead by Example. As a practice, we not only want our employees to come to work to get the day’s job done, but to strive to work harder each and every day for the sake of the practice as a whole.

The Fred Award for the month of February goes to Kathy and Amber! Its because of Kathy and Amber’s willingness to help out a coworker at a time when her workload seemed overwhelming that demonstrates their selflessness as well as their understanding of what it means to be a team. We proudly deem both of them worthy of a Fred Award and we are lucky to have them!

News From Our
Optical Department 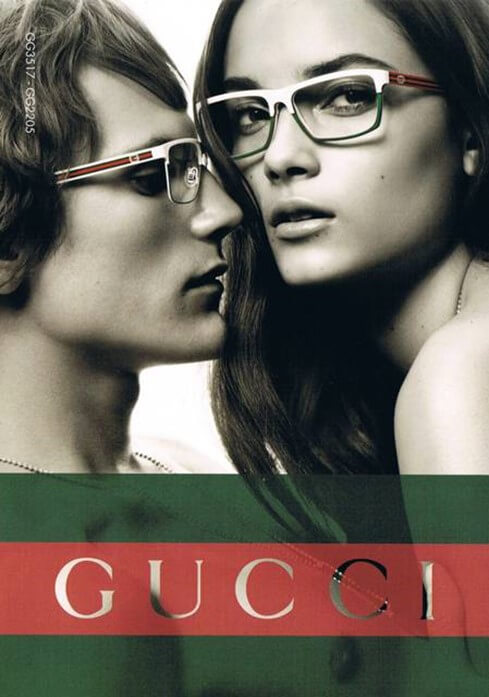 Did you know that we carry Gucci frames in both men’s and women’s styles? Come on over to the Optical Department and try some on! 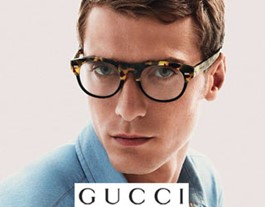